Adidas MiCoach brings the popular miCoach interactive athletic training system to video game consoles. Many of the world’s most well-known adidas athletes are featured in the game, including Dwight Howard, Kaká, Tyson Gay, Jessica Ennis, Ana Ivanović and Eric Berry, and they will guide users through a wide selection of sport-specific personalized training programs. Users will also receive real-time feedback on their actual in-game performance during their workouts when wearing a miCoach heart rate monitor (or any ANT+ compatible monitor).

For an even more connected gaming experience, the miCoach hardware interacts with the game, allowing users to wirelessly synchronize a miCoach Pacer and miCoach mobile app to their game console, incorporating workout data gathered while away from the game. Utilizing advanced video game console technology, users will be able to create profiles, set fitness goals and get instant analyses of workout regimens. They will choose from several sports, such as running, tennis, football (soccer), American football and basketball, as well as the athletes who guide them through hours of on-screen training and motivating game experiences. 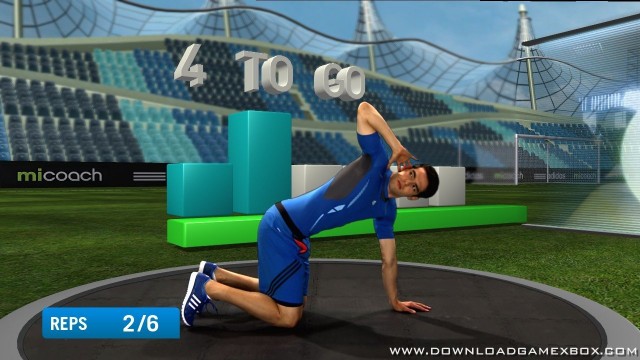 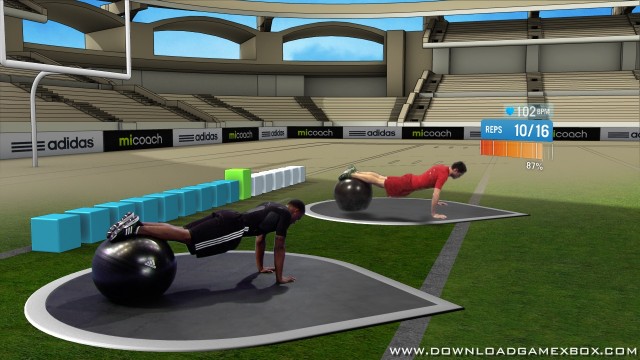 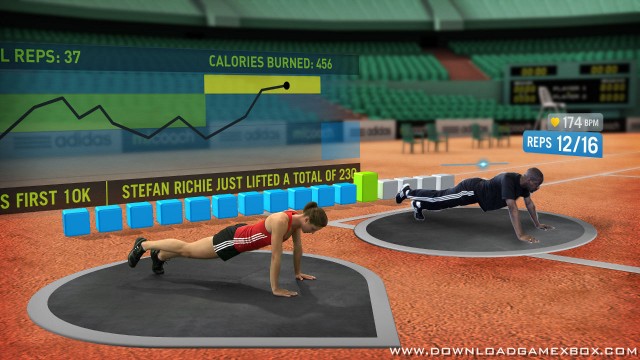