Follow Afro Samurai as he fights to become the number one warrior, a title currently held by Justice, the man who killed Afro’s father when he was a child. The game follows the plot of the original series with added material and background for fans and new comers alike.

Blood is beautiful in this hip hop infused action adventure as Samuel L. Jackson reprises his role as Afro and Ninja Ninja. A striking art style gives Afro Samurai a truly unique look and feel across beautifully animated open environments as he wages war against his adversaries to become number one. Using an innovative gameplay system, enemy AI is affected by the beat of the musical score produced by RZA of Wu-Tang Clan fame. These dynamic battles ensure stylized encounters throughout the game that affect the overall tone of gameplay. Slice and dismember opponents as Afro acrobatically leaps from one location to the next, interacting with anything and everything in the environment to help him on his journey. 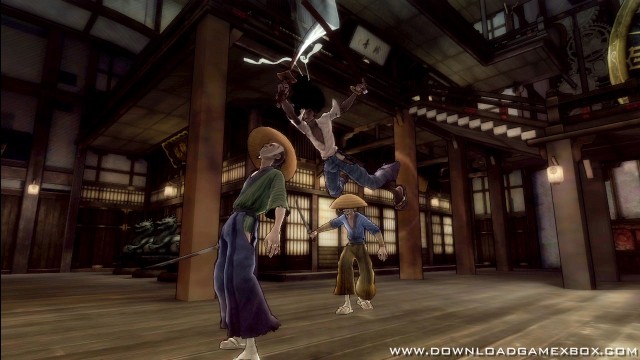 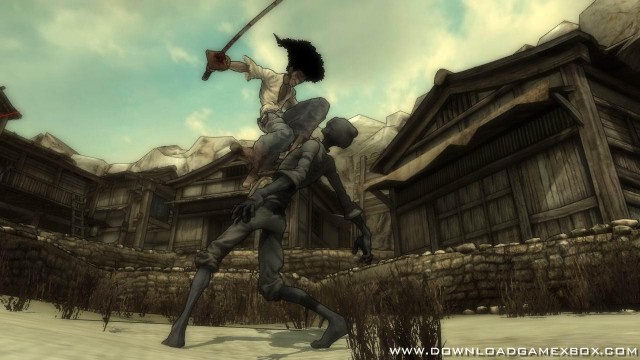 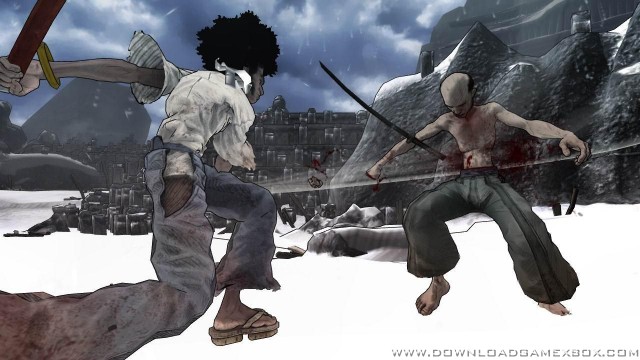