The first kart racing game set in the popular BEN 10 universe and based on the hit Cartoon Network TV series features Ben and his alien friends competing in an over-the-top, galactic grand prix race through a variety of tracks on five different planets! Compete for the best times in the high-speed grand prix modes or engage in four-player multiplayer mayhem! 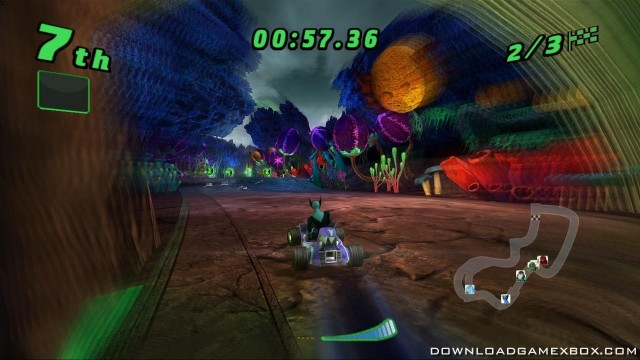 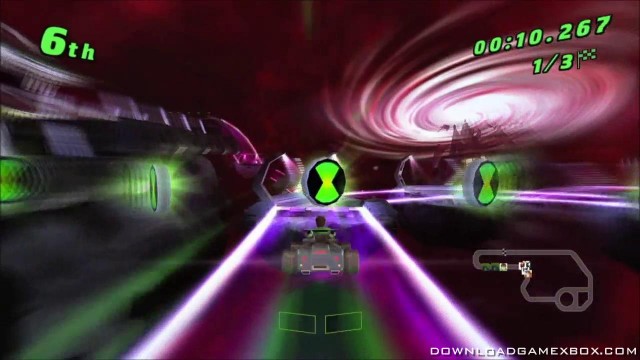 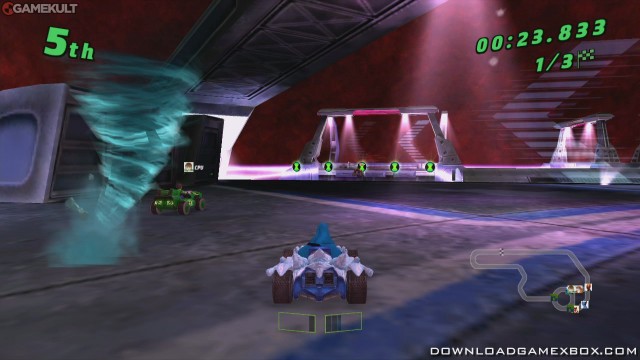