Fans of arcade-racing-action watch out, Crash Time hits the fast lane. Daring stunts, spectacular crashes, thrilling criminal cases: All fans of the racing genre will easily fall in love with the newest creation of Synetic – the well-known specialists for furious racing-games. Various exciting cases await the player as part of the “Cobra 11” police force. Solving them requires several diverse missions to be successfully completed: Be it helicopter chases, jumps across moving trains or reconnaissance runs in tanks – top-notch entertainment is here. The debut of this brand-new racing-franchise is not short of daring stunts and spectacular crashes either. Unpredictable missions free from set tracks and opponents who seek their own escape routes thanks to the artificial intelligence make the racing both dynamic and authentic, and will not only delight racing aficionados. Truly extensive scenarios complete with highways, country roads and city streets add to variety 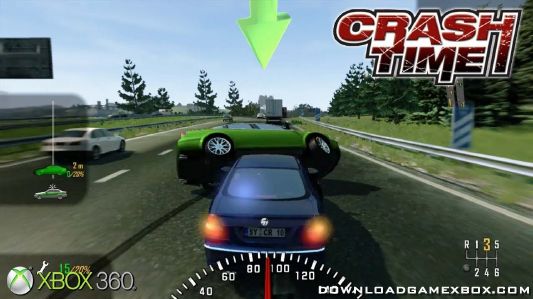