DuckTales Remastered follows the adventures of Scrooge McDuck as he explores differently themed worlds to collect their treasures and become the world’s richest duck.

DuckTales Remastered takes the classic Disney platforming adventure to a whole new level. All of the visuals from the 8-bit game have been beautifully re-created as hand-drawn and animated sprites, across a backdrop of luscious, re-envisioned level backgrounds. Furthermore, original Disney Character Voices talent, including some from the cartoon TV series, bring in-game characters to life with charm and wit, while the classic melodies of the original soundtrack are given a modern twist. The game also features an all new tutorial level where players can get familiar with the iconic pogo jump and cane swing, while Scrooge McDuck’s Museum allows players to track all their stats and compare their progress with others via global leaderboards. 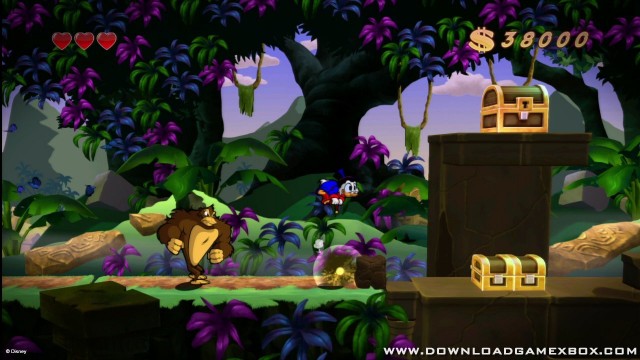 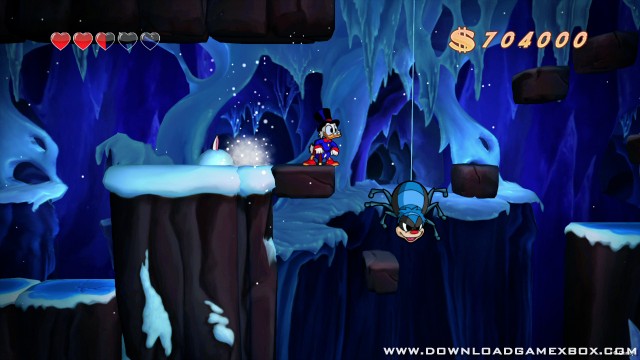 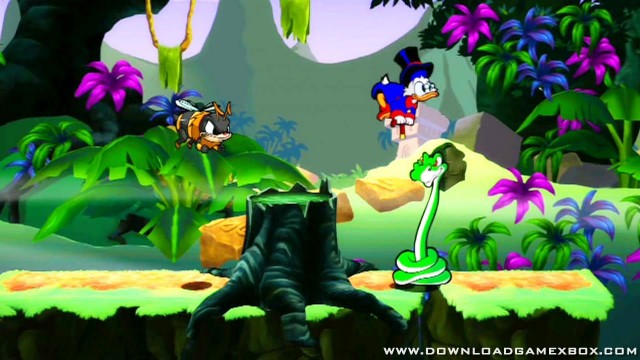