Guacamelee is the story of Mexico’s Juan Aguacate, a down on his luck man who sets out to save the world when El Presidente’s Daughter is kidnapped by an Evil Charro Skeleton. The story takes place in and around a small village in Mexico, and has the player travelling through alternate dimensions including “The World of the Dead” and “The World of Nightmares” on his quest to rescue the girl he loves.

The game draws its inspiration from traditional Mexican culture and folklore, and features many interesting and unique characters. Building a bridge between 2D open-world exploration games and complex fighting games, Guacamelee blur the boundaries between fighting and platforming by making many of the moves you perform useful for both traversal and combat. The game uses a dimension switching mechanic to wildly change the play area as you go, and offers co-operative same-screen multiplayer for the entire story. 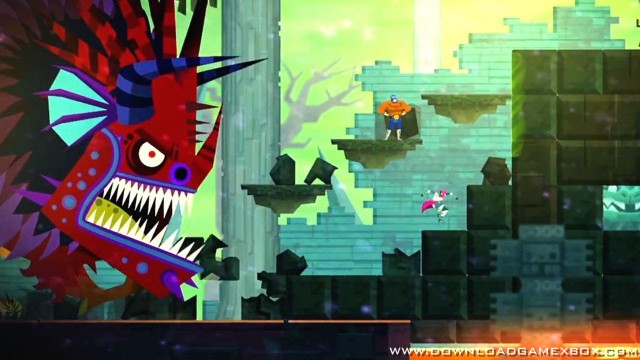 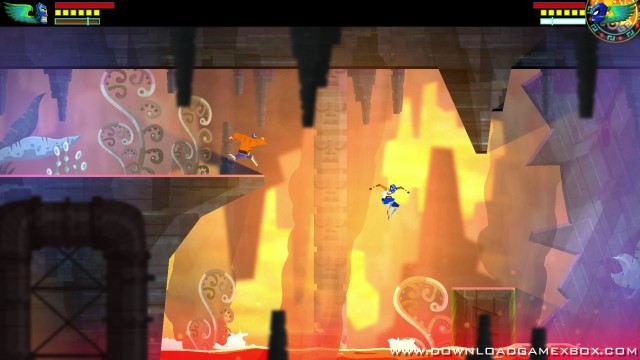 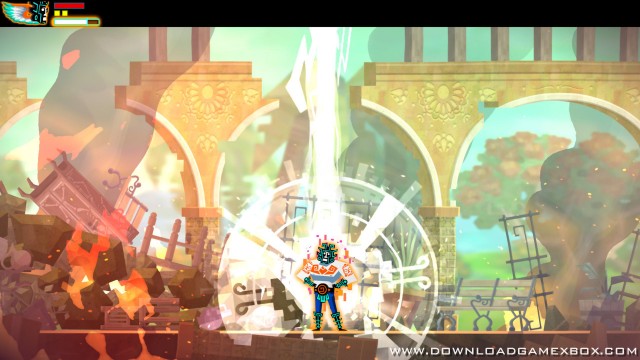