ShellShock 2: Blood Trails is a violent, first-person, survival horror game set against the backdrop of the Vietnam War. Gameplay centers on the use of psychological horror and fear, relying on the power of suggestion, mood, tension and foreshadowing – implying the notion of danger, potential danger, imminent danger, and horrifying acts that have or are implied to have occurred or will come to pass. On course for war torn Vietnam, a plane carrying a top-secret cargo known only as Whiteknight is lost over the uncharted jungles of Cambodia. The special ops squad sent in to retrieve it disappear wtihout trace. Until, a month later, one of them walks out. Something in the darkness has driven him insane… Something from the darkness has followed him out. [Eidos Interactive] 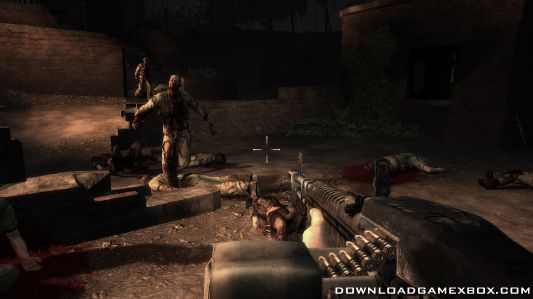