SpongeBob’s dreams are coming to life and altering space and time beneath the waves. SpongeBob must join forces with his friends to unlock their hidden abilities and put back the pieces of his shattered cartoon psyche. Along the way they’ll visit alternate forms of Bikini Bottom as it is warped by SpongeBob’s mind into prehistoric, war zone and candy-coated versions of the town.

Play as SpongeBob as Invincibubble and all of his friends!

Dive into SpongeBob’s crazy imagination with enemies like Burger Spatulas, the terrifying Lollipop Creatures and even Squidasaurus!

Weave your way through obstacles and puzzles in environments like Dream Land and Prehistoric Bikini Bottom!

Play with up to 4 people in multi-player mode on the Xbox 360 gaming system! 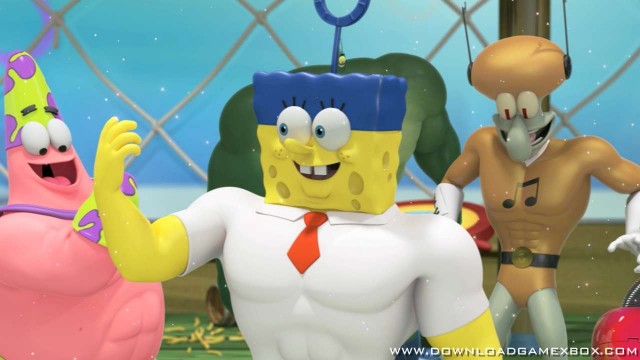 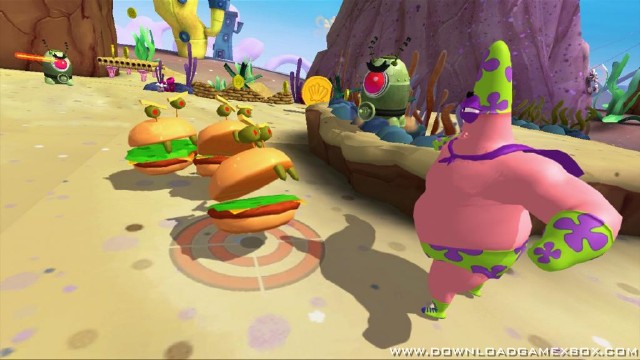 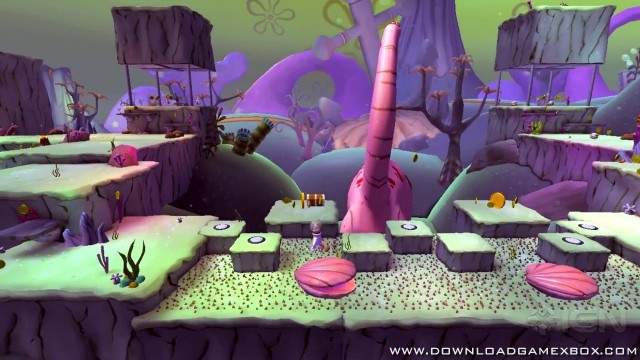